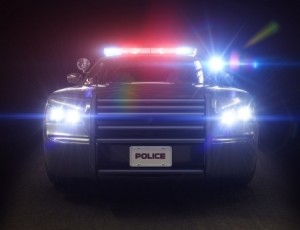 Have you or a loved one been arrested for a “Misdemeanor?” If you have, you know it’s a stressful situation, but what you might not know is that a 1st or 2nd Degree Misdemeanor can turn your life upside down as quickly and thoroughly as a more serious criminal charge. When people hear the word “Misdemeanor” they generally think it’s a minor offense with negligible consequences; it’s not! Every misdemeanor carries both jail time and fines if you’re convicted. But more importantly, it means you will have a criminal record that could impact your future as severely as a more serious criminal charge! You may be denied future employment, financial loans, and/or educational opportunities if you have a criminal record. So don’t think a misdemeanor is something you don’t need a lawyer for! If you’ve been charged with a misdemeanor you do need the help of a skilled and experienced defense attorney to advise you, and that means you need Jeff Ivashuk!

For misdemeanors, it’s crucial that you have expert legal counsel as soon as possible. If you don’t know what to do, don’t wait – call Jeff Ivashuk’s office. Your call is confidential and your privacy is guaranteed; he will provide you with valuable and practical advice at no initial cost to you. Jeff Ivashuk is one of the best defense attorneys in the state of Florida, and is fiercely dedicated to defending his client’s Constitutional rights. That means he takes the Constitution seriously – he believes that “you’re innocent until proven guilty,” and he’ll work to help you get a fair and impartial hearing. Unfortunately, in a misdemeanor case, a judge will often assume that you are “guilty until proven innocent,” which is why you need a lawyer like Jeff Ivashuk; he’ll make sure your constitutional rights aren’t trampled!

People are generally confused about what a misdemeanor charge is in the state of Florida or what the penalties are. There are two classes – or levels – of misdemeanor and both are punishable by a fine and/or imprisonment in the county jail. A 1st Degree Misdemeanor is more serious, and carries a jail term of up to a year and a fine of up to $1000. A few examples of Florida 1st Degree Misdemeanors include: simple battery, bad checks under $150, criminal mischief (damage greater than $200 but less than $1000), disorderly conduct, 2nd offense driving with a suspended license, DUI, indecent exposure, loitering and prowling, marijuana possession (under 20 grams), 2nd offense petty theft, reckless driving, shoplifting (under $300), solicitation for prostitution, prostitution, trespass, and vandalism.

A 2nd Degree Misdemeanor charge carries a jail term of up to 6 months and a fine of up to $500. A few examples of Florida 2nd Degree Misdemeanors are: simple assault, criminal mischief (damage is $200 or less), 1st offense petty theft, simple trespass, 1st offense driving on a suspended license with knowledge, no valid driver’s license, disorderly conduct, disorderly intoxication, loitering or prowling, harassing phone calls, no motorcycle endorsement.

Few people understand that misdemeanors are tried differently than criminal cases. For either a 1st or 2nd Degree Misdemeanor you will appear in a county court before a county judge, and your case will be heard without a jury. But what is probably the most critical thing you need to understand is that – if you go into that misdemeanor court alone – without a lawyer, you will almost automatically be convicted! No, it isn’t fair, but it is the reality of the situation. Your only hope of avoiding a criminal record, fines, and jail time is if you call an attorney who will advocate and intervene for you with both the prosecutor and the county judge before you need to appear for your hearing! With a skilled defense attorney like Jeff Ivashuk you may never have to appear in court at all!

What can a good attorney like Jeff Ivashuk do for you if you’re charged with a misdemeanor? He can intervene on your behalf and help you minimize or even avoid many of the unpleasant ramifications a misdemeanor conviction can have on your life. He may be able to intercede with the prosecutor to convince him or her to reduce the charges, or possibly drop them entirely. If it’s your first offense, he may be able to convince the judge to let you participate in a “diversion program” rather than pay a fine and go to jail, which – if completed successfully – would allow the charges against you to be dismissed, meaning you would have no criminal record at all. If this is a more serious misdemeanor, or a prior arrest, Jeff Ivashuk could also exercise arguments before the judge in favor of a lighter sentence by provide facts and mitigating evidence that would help the prosecutor and judge see you in a more positive and sympathetic light. With this kind of representation, the prosecutor might agree to accept a lesser plea, or the judge may possibly allow you to seal or expunge all records relating to your arrest at the end of the proceedings, which would again clear you of a criminal record.

Remember this: if you or a loved one is facing a misdemeanor charge, you truly will be considered guilty unless someone can prove that you are innocent by advocating on your behalf. You cannot argue for yourself. You need an attorney that can. Jeff Ivashuk believes that you are innocent until proven guilty, and he’ll work for you to obtain the best possible outcome. Don’t risk your reputation and your future by “going it alone!” Call Jeff Ivashuk’s office for a complimentary, confidential consultation on your case today!