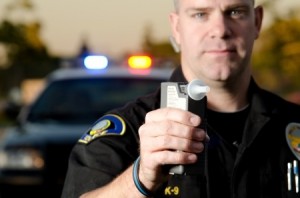 Many people feel that because they may have failed a field or Breathalyzer test they have no other option than to plead “guilty.” Even their insurance company will exert pressure for them to enter a guilty plea in order to obtain a quick and inexpensive settlement. Being arrested for a DUI is a traumatic experience; it practically guarantees that you will not be thinking clearly at what is a critical juncture in your life. This is why it’s absolutely vital to have an experienced attorney by your side, one that understands your rights and can protect them.

Hiring a lawyer like Jeff Ivashuk, who specializes in DUI’s, should be your very first course of action. He can provide immediate and respectful counsel, such as advising you not to provide information to either law enforcement officials or your insurance agency representative. Jeff Ivashuk will become your advocate and spokesperson, and will immediately step in to handle the kind of questioning and intimidation tactics that are sometimes used in such cases.

You may also want to just “give in” and accept a guilty plea so you can get it over with as quickly as possible and put it behind you. But – again – many people don’t realize that accepting a “guilty” plea without any kind of opposition will mean an automatic conviction. An automatic conviction carries with it a “mandatory adjudication,” and that means that you will have a permanent criminal record. Having a criminal record can have a devastating impact on your future – it will have an adverse effect on your relationships, your finances, and your reputation. This is why you need an experienced trial attorney, one who is familiar with the courts and law enforcement in Fort Lauderdale. Many DUI cases can be fought and won by an aggressive lawyer skilled in criminal defense, and Jeff Ivashuk has the skill to do just that. He understands the science behind the infamous “Breathalyzer” test, and has first-hand knowledge that breath tests, blood tests, and field sobriety tests are not always 100% accurate. There are also many extenuating factors that can affect the viability of the charge, such as how quickly the blood alcohol level rises in a body, or the manner in which the arrest occurred. You need a lawyer who knows how to turn those factors in your favor to obtain to avoid costly fines, probation, and the suspension of your license. Jeff Ivashuk can mount a strong defense for you; he knows the courts and authorities in the Fort Lauderdale area and that will work to your advantage!

Jeff Ivashuk is committed to doing everything he can to obtain the best possible outcome for your case, no matter what your circumstances were at the time of your arrest. He served as the lead attorney for both the Broward County Public Defenders office as well as the specialized Domestic Violence Court simultaneously for 7 years. While he specializes in the Fort Lauderdale area, he is also licensed to practice law in the entire state of Florida, including the U.S. Federal District Courts, the Southern District Courts of Florida, and the Florida Supreme Court. He is a member of the Florida Bar, the Federal Bar, the National Association of Criminal Defense Lawyers, and the Florida Association of Criminal Defense Lawyers. Jeff Ivashuk knows Florida’s legal system inside and out, so let him put his experience to work for you!